What Does the Chat-Bot Craze Tell Us About Our ITSM Needs?

Could artificial intelligence ever convincingly pose as a human? Could a computer imitate humans by "thinking" as humans do? Early computer pioneer Alan Turing's challenge, commonly referred to as the Turing test, set in motion decades of experimentation into machine intelligence to discover an answer. No doubt accomplishment of such a feat would represent a significant milestone in technological advancement for whoever reached the summit first.

So, it may seem a bit underwhelming to talk about helpdesk chatbots in the same breath.

Really though, chatbots are a necessary step on the path to the kinds of A.I. engineers stay awake at night thinking about. Even in their early stages, chatbots and the engineering behind them represent a powerful tool for next-gen IT service management.

Where, Oh Where, is Our Superhuman Support?
We've all been on the receiving end of truly terrible automated help desk phone messages - listening to prompt after prompt until we reach a menu, then jabbing away at the "operator" key until a friendly human voice comes on the line. This instinct may lead you to believe all consumers want to talk to humans, but in reality, all they want is someone who can save the day.

According to a Nuance Communications study, a majority of consumers want the best of both worlds when it comes to chatbots:

89 percent (of consumers) want virtual assistants to have the computational power of a search engine, but also want "conversations" with this technology to be more casual and colloquial.

Unfortunately, not even the friendliest, most knowledgeable flesh-and-blood help desk representative could compete with those high standards.

Chatbots and similar machine learning technology, however, deliver on both counts. Users requesting help want to express their problems in plain terms without worrying about striking the right keyword, and ultimately, they need their complaint acted upon. Intelligent ITSM innovations like machine learning allow automated help desk and service desk platforms to match immediate incidents and problems with past tickets to generate knowledge base resources or recommend a solution outright. In essence, machine learning in an ITSM environment already meets the standards chatbots have already begun setting.

Intelligent ITSM as Unpaid Office Supergenius
In another sense, enterprise ITSM is a cost-effective alternative to funneling every request ticket straight to IT technicians. If users can help themselves through self-service or a chatbot can steer them in the right direction, IT professionals won't be forced to intervene.

As we've spoken about in previous blog posts, the costs associated with ITSM ticket handling jump considerably when automation or self-service can't do the trick. Human beings in the IT field require things like "salaries" and "health benefits" and "overtime pay" from their employers. These needs that make repetitive, low-level service actions quite literally below their pay grade. And until robots revolt against us for equal pay for "equal" work, companies are happy to exploit how little comparatively self-service resources cost in an operational sense.

All kidding aside, the almighty dollar isn't the only draw - today's best enterprise IT is an interdepartmental, silo-less force with an exponentially expanding reach across all internal operations. Businesses hoping to scale the role IT plays internally can't have their teams' expertise bogged down with nonvalue-added service incidents. Let the AI do what it does best - analyze queries and deliver precise results quickly so users don't miss a beat.

What Kind of Value Can ITSM Tools Deliver to Your Business? 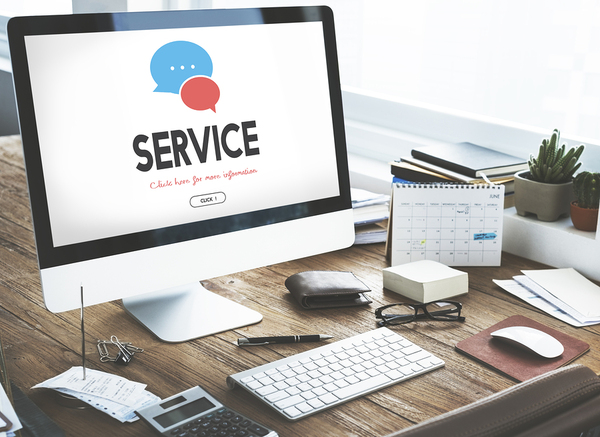 Make the Serve-Yourself Approach to IT Service Management Effective