When something groundbreaking first arrives on the scene, it can be difficult to separate fact from hype. But with a new generation of digitally inundated businesses, IT infrastructure can no longer be only ancillary - it must be its own fully realized extension of the organization under which its personnel operates. Companies partnered with service providers expect capable products and an actionable help desk to accompany them. As such, top-level executives heading those service providers are under pressure now more than ever to understand how to improve operational workflow, bust down silos and tailor an IT department to their exact specifications.

DevOps and its associated change management tools can be put to use to do all this and more, but certain misconceptions about this duo's true nature may hold businesses back from maximizing their full potential. Here are just a few "isn'ts" about DevOps that business leaders should wrap their heads around:

A reactionary paradigm is hard to shake, especially when a service provider producing with DevOps has to beat back misunderstandings about their processes. In an interview with TechTarget, DevOps expert Peter Walsh spoke about how certain organizations, namely the U.S. government, have a tendency to believe DevOps means less testing during the development phase.

"They equate speed with insecure," said Walsh. This is a two part concern. First, DevOps alone is believed to sacrifice quality for accelerated release times, the "we'll-fix-it-in-post" approach. Second, optimal change management practices aren't just an eraser made for glitches after the fact, but just as much part of an agile software development life cycle.

2. DevOps Isn't Only About Speed, but Cutting out Bottlenecks

Trying to solve a 1,000-piece puzzle is already plenty difficult - throw in a countdown clock into the mix and the pressure mounts. The complexity of enterprise DevOps somewhat mirrors this idea. Coding, testing and retesting applications already requires an incredible amount of working technical knowledge, as well as "big picture" awareness of what customers want. So when those customers want IT services up and running post haste, velocity takes center stage.

While IT Service Management suites offer tools to capitalize on effective DevOps, it's a tad misleading to say DevOps then becomes faster. That line of thinking is myopic - DevOps cannot exist without deeply embedded collaboration between IT subdivisions and other vital departments within a given company. The result doesn't stop at acceleration, but provides an open highway for continuous delivery and integration without traffic gumming up the works.

New perspective in regards to software development, releases and subsequent support doesn't come in a box - it is the result of a transforming the way business is performed from the ground up and from end to end. Service reliability is now part of the application package, and for truly comprehensive help desk solutions, the reach of DevOps must extend beyond a release - that's the real weight of SDLC.

Yes, automating regression testing through the development stages and doing the same for incident management after deployment will cut back on manual processes, essentially doing some ITSM work for DevOps teams. But a significant bit of restructuring is in order if IT service providers hope to remain as versatile as their burgeoning and competitive industry demands. In a way, change management in DevOps acts as both a feature and model for capable IT operations, making configuration adjustments visible to all relevant parties and benefiting the client hoping for truly continuous integration. 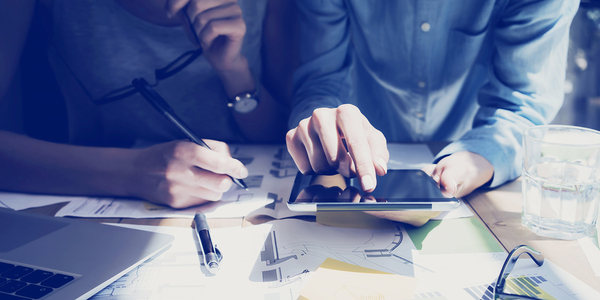